Although I was one of the initial designers of the GEVCU, the combination of the GEVCU and the DMOC proved to be too unreliable.  After I finished the conversion and started driving the car, several times the GEVCU will fail to operate.  My experience was not unique - other GEVCU users had similar problems.  Fortunately for me I was never stranded anywhere when the GEVCU failed, either in my garage or driveway. But I was concerned that I would be stranded somewhere as I was using the car for a semi daily driver.  I wanted a more reliable, commercial system.  Several years ago I reviewed a Scott Drive SD100 inverter at EVWest.  I purchased that inverter and in 2019 I installed it in the car. It took about 4 months to install.  I had to make a completely new wiring harness for the control signals, modify the plumbing for the water cooling and build a new mounting system.  Initially it did not work correctly. It would turn the Siemens motor in reverse.  Although with the the software GUI shown below you could change the motor direction, the software would crash every time that setup was saved.  It turned out the Scott Drive needed a firmware update that I had to get from Scott Osborne in New Zealand, the maker of Scott Drive.  Once that was taken care of the inverter worked as advertised.  It is a 100KW inverter so it matches the Siemens motor well.  It has a large number of inputs and control signals available.  Just like the GEVCU it has the ability to put the motor in regeneration for braking. If you want to learn more about the SD100 and other Scott Drive inverters you can find that here. 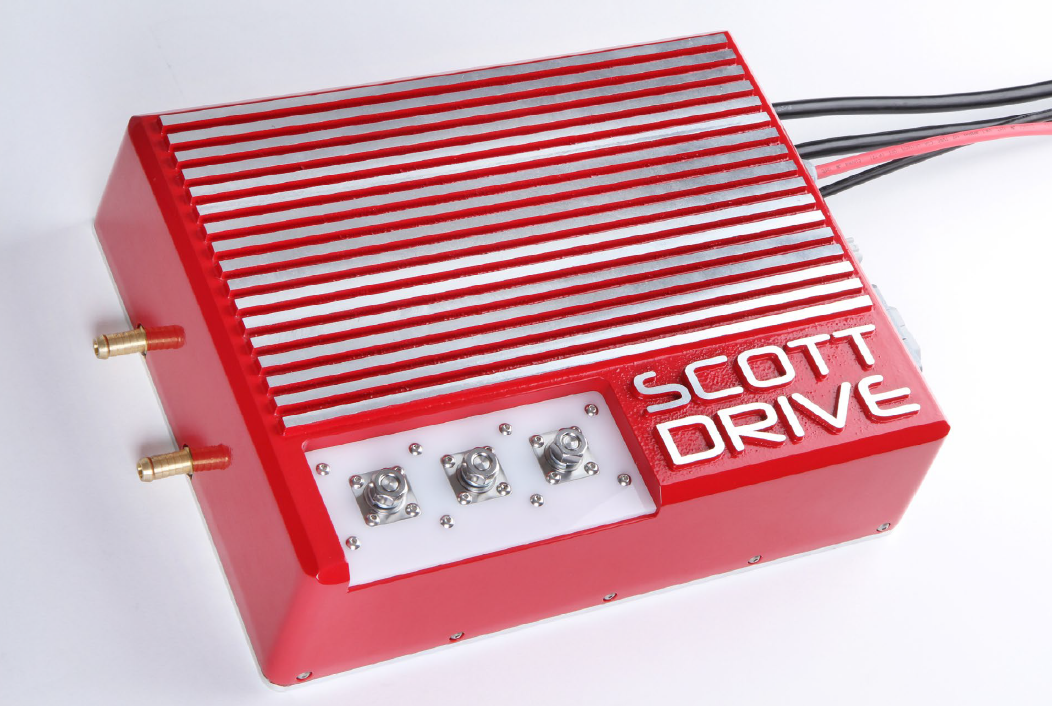 Software GUI used to setup, calibrate and monitor the Scott Drive.  If connected to a laptop during driving the performance data can be captured as shown below.  Although the inverter is capable of 100KW continuously it is also capable of up to 150KW peak. 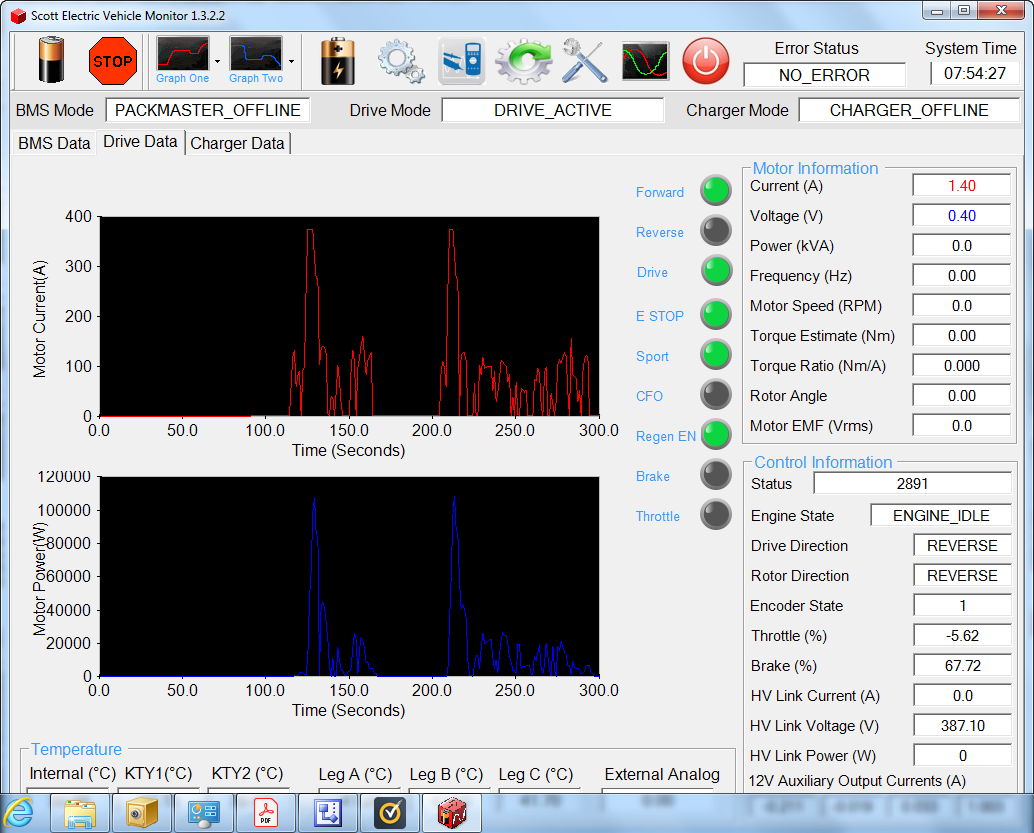